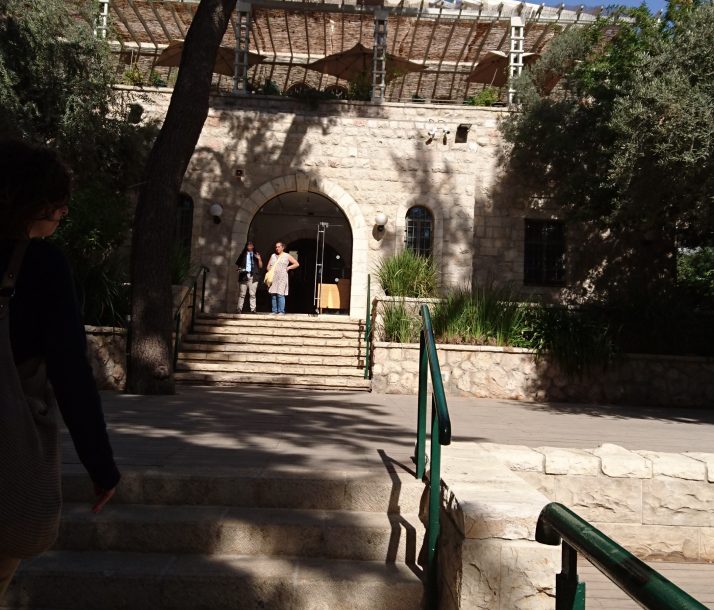 Ticho House gets a full page in the beginner’s Hebrew textbook, a text dense with such vocabulary as paintings, books, gardens, and mountains. The first time I “read” the text, I understood that Mark Twain and Claude Monet had both lived in this amazing 19th century house, and that it was at one point owned by a man called Avraham Ticho and his daughter Anna. When I am trying to understand something in another language, I bring to the text the knowledge that I have, much as I imagine archeologists do when faced with a handprint on an ancient clay wall. In my case, Canadian heritage houses are occupied by writers — think of Pierre Berton House and Al Purdy House. So why not Mark Twain shacking up with Claude Monet? Six months later, in a rereading of the text, I learned that a comparison was being made — other houses owned by famous people (Twain, Monet) are museums, too, just like Ticho House. But how did I draw from “Dr and Anna Ticho” that this was his daughter rather than his wife? No idea.

Ticho House is now a museum and cultural centre because artist Anna Ticho (1894-1980) bequeathed it to the state, or the Israel Museum, on her death. In addition to the exhibition on the Ticho collections, it holds temporary exhibitions.

Ophthamologist Avraham Ticho (1883-1960) bought the house in 1924, opening his clinic on the ground floor. Dr Ticho worked as an eye specialist before and after the First World War (during which he served in the Austrian army), curing patients both rich and poor. In 1913, through schools, he focused on preventing trachoma.

Anna studied art in Vienna before coming to Jerusalem in 1912. Only after WWI, however, did she start drawing and painting her surroundings.

Dr Ticho collected Hanukkah lamps, the oldest of which dates from the 1400s. According to the text in the museum in Ticho House, the lamps came from all over, from Europe to Russia and Afghanistan. It goes on to say that he hung the lamps on the walls around his desk; today a few lamps from the collection are on display behind glass. Some are in the Israel museum. A Hebrew teacher said that some of the collection was stolen in the 1990s and never recovered — but how do I know I understood her correctly? The museum exhibition makes no mention of any theft or loss of lamps. 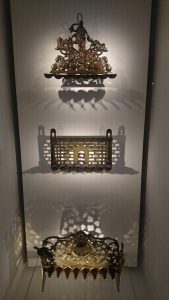 Ticho House no longer looks like an early 20th Century home. It was renovated; a slideshow reveals how the rooms were gutted. The renovation exposed the ceiling upstairs, in what is now a restaurant: Anna’s Italian Cafe. A sunny busy room. And it is thanks to this restaurant that a friend met me and led me to Ticho House, a friend who not only has a better sense of direction than I do but who didn’t seem to mind that I licked my fingers while exclaiming that the food was delicious. Which it was. 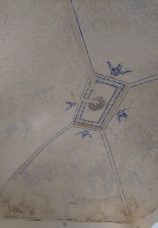 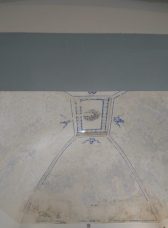 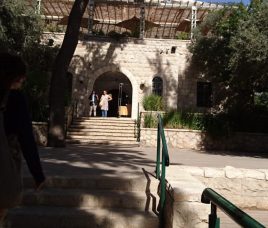